Close
Home / Who We Are

The story so far

Several years ago, John Bunjo, the founder of CRMI, had a vision to build a school in Uganda to provide education for orphans and children in need. This school would provide high quality education in one of the poorest parts of the world, and embody the belief that education will lead people out of poverty. 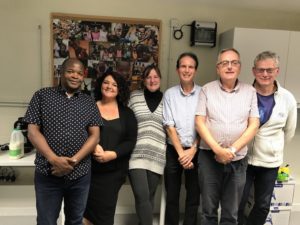 Through our child sponsorship programme which we established in the UK in 2006, children were placed into education while the school was built in Bombo, 30 miles north of Kampala. In 2008 CRMI became a registered UK charity and in February 2015, the first phase of the school opened with 80 children. In 2017 work started on a second school in the small town of Nakaseke, initially using the church and makeshift classrooms as the need for a local school was so great. The building took a year to fund and complete and was ready for the new school year in February 2018.

Education is without a doubt, the key to a better future. A school provides a hub for the community and since the two schools have opened the changes have been evident. Adults are learning English from their children, a moving example of this was a little boy using the wall of his house and a piece of chalk to teach his older brother to read.

Community is at the heart of our plans and we are currently in the process of building homes for families in need, a community centre where local groups can meet and the next phases of the schools in Bombo and Nakaseke. As the charity continues to grow we are making connections within the community in Uganda and partnering with other organisations, particularly local hospitals, to provide support that is integrated and sustainable.