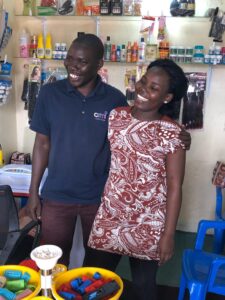 Pastor Robert is a key member of the CRMI team in Uganda.  He is extremely hard working, trustworthy and a kind family man.  Robert lives in Bombo and is a leader in the community.  On a typical day you can find him visiting and spending time with the sponsored children and their families.

Robert was born in Namulonge which is in the Wakiso District, in the Central Region of Uganda – about 19 miles from Kampala.  His parents were farmers and he has 4 sisters and 3 brothers.

Robert had a challenging start to life.  When he was 7, his father passed away.  Losing his father was an incredibly difficult time for Robert and by the age of 9, he started living on his own and raising himself.

Robert’s education started by attending nursery school and primary school, followed by secondary school.  He had dreams of becoming a doctor or an accountant but then Robert had to leave school at Senior Four – without completing his exams due to not having the money to continue.

He found is way to the Army.  As a young man, he passed his time with the Army officers in the barracks, watching movies and playing football, but he still hadn’t found his purpose. 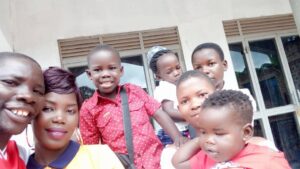 Eventually Robert found he had a calling from God and a passion for becoming a pastor.  His motivation was sparing other people from experiencing the challenges and heartache that he had experienced.  Robert know this was his destiny and by 2005, everyone was already calling him Pastor.  He then attended Bible College and completed his certificate in Ministry and received a diploma in Theology.  He found a role model in John Bunjo, who led him to CRMI.  Robert credits CRMI for making him who he is today.

Another hugely important influence in Robert’s life is his family.  Robert met his wife, Naomi, in 2009.  They have 4 children – Gideon (7), Serah (4), Saasha (2) and John (1).  They also adopted another child in 2013 – Shakira (16).  Robert finds inspiration and purpose in his family, and teaching his children to discover their purpose is very important to him.

We asked Robert some questions to get to know him better:

What message do you have for our sponsors?

I appreciate the great work which they have done in the life of the children and families in Uganda.  I pray may God bless their families also and protect them in every situation, in Jesus’ name.

What do you hope to inspire in the children and families that you work with?

To trust God and put God in their lives.  Also they should know that if they want to go forwards, they should think about the steps backwards.

What is one message that you would like to share with the children and their families in Uganda?

Use your problems to progress.

Are there any other messages you want to share?

My typical day is visiting and spending time with the sponsored children and families all over Bombo.

If you could travel anywhere, where would you go, and why?

I would travel to the UK to visit my friends and my UK family – and also to watch an Arsenal match! 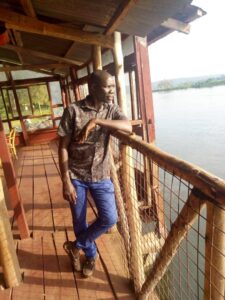