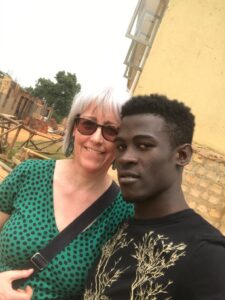 Ssegujja Apollo is a 22 year old young man with an exciting future ahead of him.

I first met him when he translated for me during the 2015 CRMI Medical Mission in Bombo.  He had been attending the church there for a couple of years and had recently become much more involved with the youth group and had made some very good friends within the fellowship.

Even though he was only 16 and his English wasn’t perfect, I saw that he was a very kind, talented, compassionate and humorous young man and I felt a real connection with him as there were many similarities to one of my own sons.

When he was 16 he got a sports scholarship (having been scouted) to a very good but large Muslim school in Kampala.  Whilst this solved the problem of school fees it created many more in that the uniform and scholastic requirements were too expensive and in a school with many rich children he really struggled.

It came to my attention, when I met him again in 2017, that unless some money could be found he would not be able to go back to school.  I felt that this was something I could help with and started providing him with a monthly allowance via CRMI to help him carry on at school and therefore take advantage of a good education. 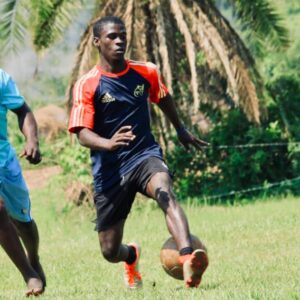 Apollo’s gifts lie in several areas, the main one being his talent at sport (football and handball particularly), but he is also a gifted communicator and encourager especially with children and young people.  He has set up a football team with daily coaching sessions and regular matches and had just been starting a sports programme at Way of Salvation school.

He had also successfully applied for a place as an intern with Ambassadors Football and was due to be coming to the UK in September for up to a year, living with me and my family.  This was in order to prepare him for a possible role in Sports Ministry within the charity, where he would like to, “give young people hope for their future through sports evangelism”, but of course this is currently on hold.

I count it a privilege and am humbled to be able to support Apollo and help him achieve his potential, though that responsibility can be rather daunting at times.

He confirms that CRMI have had a huge impact on his life; spiritually, emotionally, financially and physically and tole me that, “If it wasn’t for CRMI my life would be very difficult.” 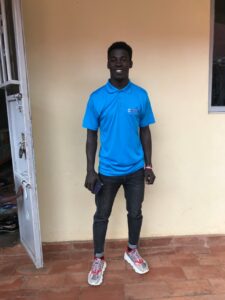