At the end of September we celebrated the first 10 years of CRMI Children of Hope as a UK Charity. The venue was The Message Trust in Manchester – The Message has been a great supporter of the charity and provided office space for us to use until earlier this year. 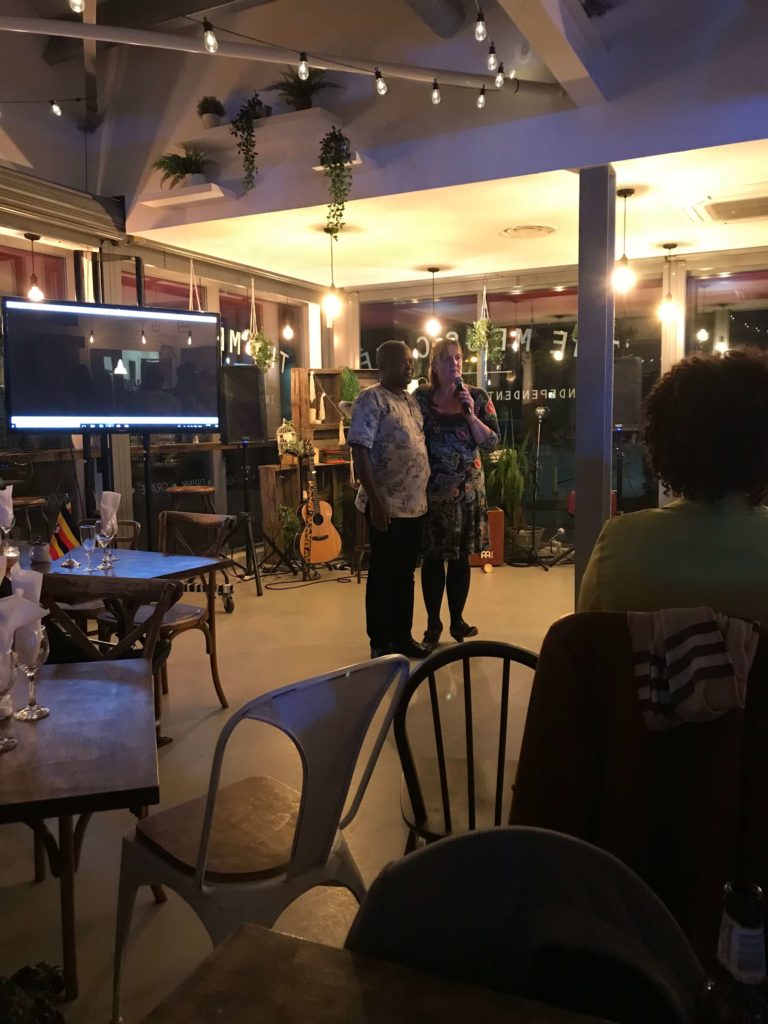 Our guests of honour were John and Sarah Bunjo who had travelled from Uganda to be with us. John spoke movingly and powerfully about how his vision for the charity had come to life, and about his aspiration for the future, to develop our work and help as many marginalised children and families in Uganda as we can.

We enjoyed a delicious curry, and music from Cacti Collective. Juliet Burd, the charity’s UK Director celebrated the work we have done in the past 10 years, and the impact it has had on so many people. A photo book and picture by Tony Disberry were auctioned to raise money for the charity and we finished the evening with the cutting of a cake complete with highly dangerous candles!

It was great to have so many friends and supporters of the charity with us and we were pleased to welcome the team from Single Malt Design in Kirkby Lonsdale who have invested a lot of their own time to bring us the charity’s new website. Rob Ellis from Single Malt spoke about the impact the charity’s work had had on the whole team and how moved they had been by the stories they had heard and the pictures from Uganda they had seen.

A big thank you to everyone who came and joined in the party and we look forward to the next 10 years  of working with friends and supporters in the UK and Uganda to help some of the most disadvantaged children and families in Uganda.